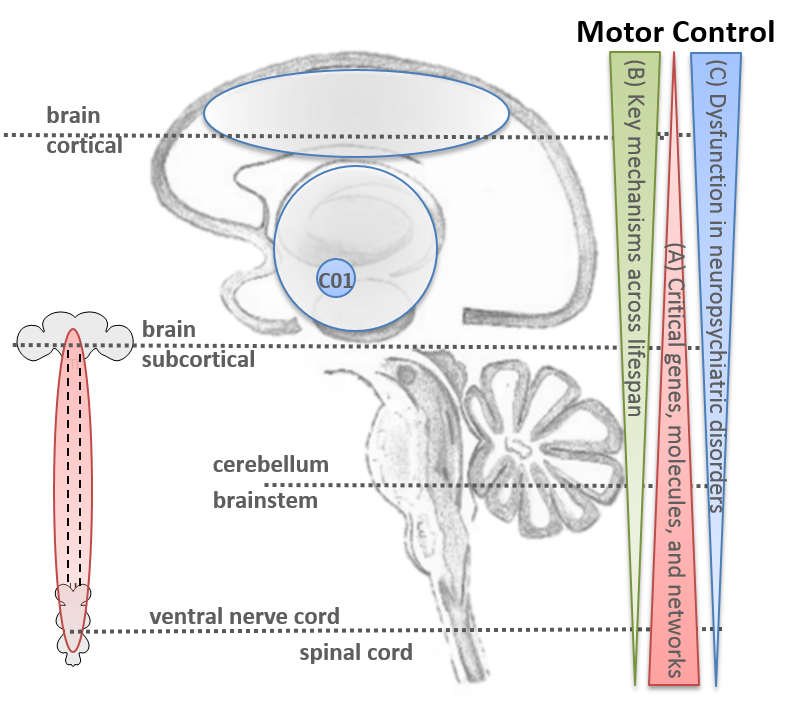 At the interface between cell biology and systems neuroscience, Project C01 aims at gaining mechanistic insights into spontaneous motor recovery after stroke and the effects of focal brain stimulation through transcranial direct current stimulation (tDCS) in a photothrombosis mouse model. This translationally oriented project combines information at the molecular, cellular, and network level to differentiate predictors of good versus poor motor recovery and associations with the response to tDCS. 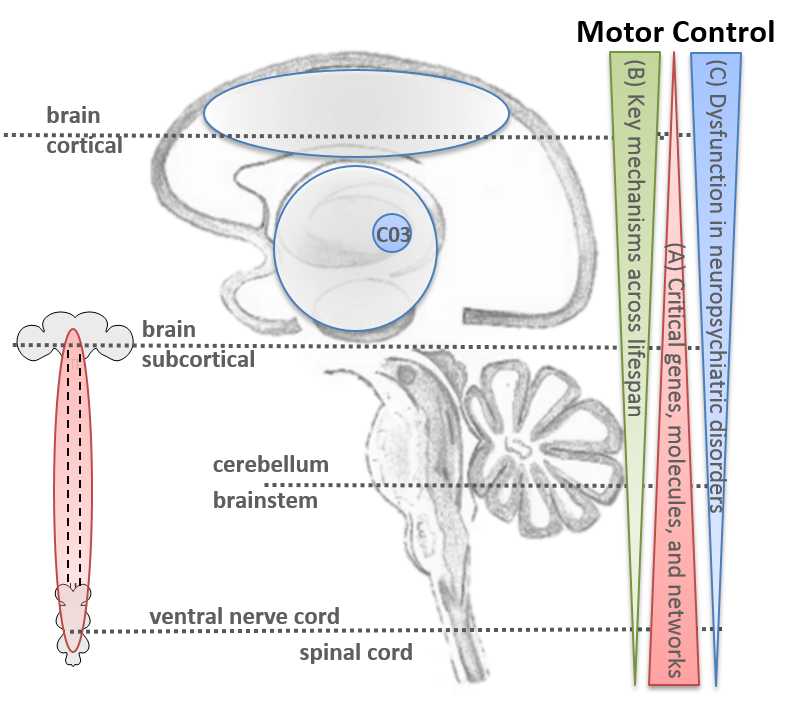 Effects of progressive dopamine deficiency on networks engaged in vigorous volitional movements as encountered in compensated (prodromal) to decompensated (clinical stage) Parkinson’s disease will be explored. Structural and functional networks implicated in the planning and incentive salience of vigorous volitional movements will be investigated using a combination of computational phenotyping and molecular, functional, and structural neuroimaging technologies. The project will also probe dynamic network states, network topologies, and their efficacy associated with mitigation of motor deficits. 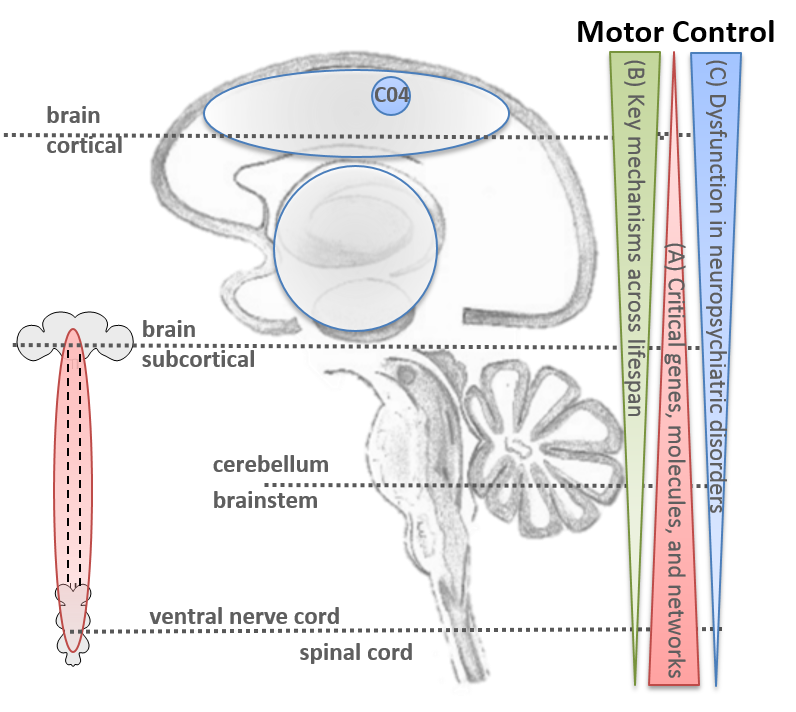 Project C04 studies the molecular and functional mechanisms underlying neurodegeneration-induced apraxia and its counteracting reserve mechanisms based on the hypothesis that apraxic deficits in Alzheimer’s disease (AD) are associated with the location and extent of tau-pathology in praxis-related cortical networks. Characterizing apraxia in AD at the behavioural (neuropsychological profiling, including the Cologne apraxia screening, KAS), molecular (Tau-PET imaging), and functional (resting-state fMRI) levels will provide fundamental insights into higher motor functions and may identify specific factors contributing to resilience against apraxia. 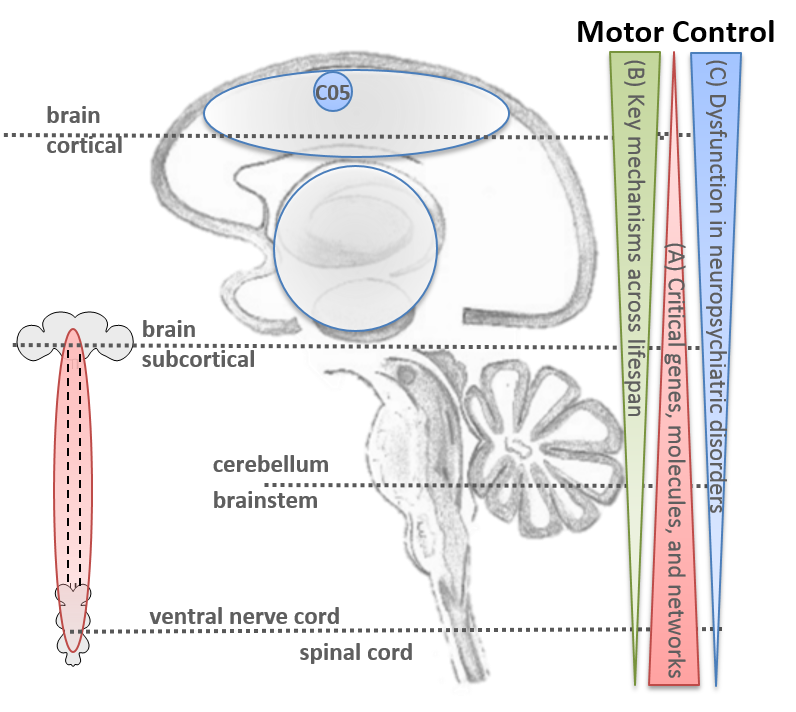 Functional MRI, simultaneous TMS-EEG recordings, and online-TMS interference with focal brain activity will be used as a multimodal readout of premotor and primary motor cortex function in stroke patients suffering from motor deficits. The project will serve to clarify the role of these areas for motor function and recovery of individual patients with different degrees of impairment. Further, individual response profiles of regions in the fronto-parietal cortex will be linked to the effect of neuromodulatory intervention using intermittent theta-burst rTMS, laying the ground for an individualised treatment approach based on the individual functional network pathology at a given time post stroke. 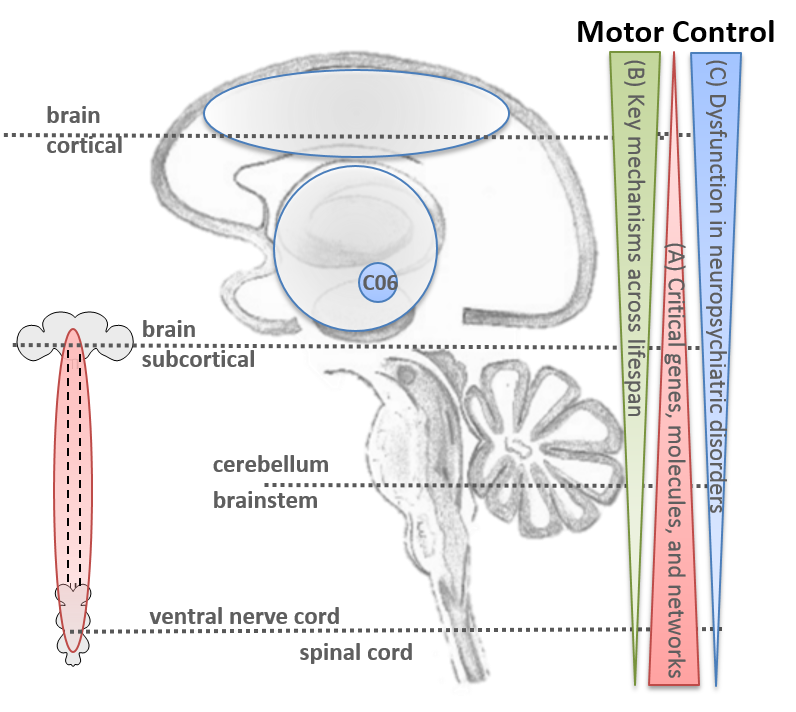 This project aims at (i) scrutinising the neural substrates of motor control when these are affected by internal states, and (ii) exploring how primary sympathetic effectors affect motor control circuits. Task-based fMRI analyses of effective connectivity in humans will be employed to generate model-based computational indices of neural network function of motor control and reward processing. These models are then used to test for individual expressions of motor function and their modulation by standardised pro-dopaminergic treatment as well as inflammation. 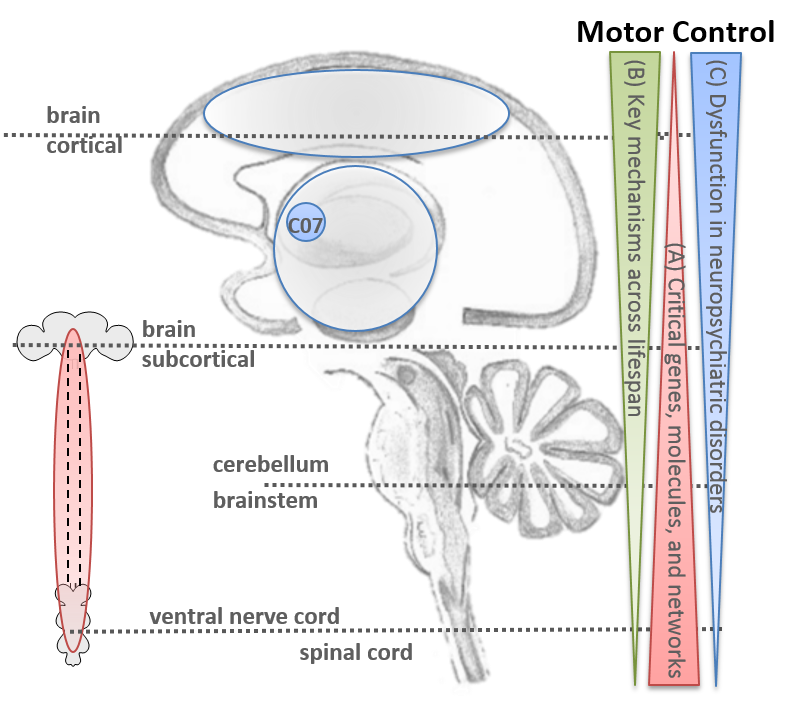 Using real-time measurements of preceding urge phenomena combined with high-density EEG recordings and thalamic local field potentials, the role of motor control on impulsive urges to move (and vice-versa) will be analysed. Involvement of thalamo-cortical loops in gating of sensorimotor interaction and initiation of motor action is scrutinised by modulation through deep brain stimulation and analyses of structural connectomics. By characterising the spatial and temporal dynamics of urged and cued motor initiation, this project aims at deciphering the neural processes underlying impulsive motor behaviour and sensorimotor gating.